Thoughts in the Garden

What was going through your mind and heart as you were alone in the Garden? Did you, for perhaps the first time, come face to face with what was about to happen? You were going to be murdered, not just die but be murdered.

You were the magic one. For three years you traveled the land, amazing everyone with your teaching. You were the miracle man, the wonder worker. You outwitted the Scribes. You were the clever one and yet you were the loving one. All who came in contact with you came under your spell, your charisma. With gentleness, you disarmed enemies and told them to do the same.

You talked about your death and what it would mean, but you were the Teflon rabbi. You slipped every punch. Without seeming to, you controlled all situations. Now, you were about to lose control.

You knew that you had to die but it began to dawn on you exactly how that would happen. You would be arrested and from that point on, you would have no control. Your power, your gentleness, your cleverness would count for nothing because others would have control over you, for the first time in your life. Once you lost control, you knew or feared what would happen: condemnation, beatings, humiliation, and finally execution.

You were about to be torn limb from limb by the wild snarling beast of human self hate. All the self hate of all people through all the ages was about to be gathered up and in an immense act of projection be focused on you and it would kill you brutally. It was not enough that you die but the source of human sin had to murder you. Into your peaceful world of wise and humane sayings, human ugliness and hate was about to come as a wild-eyed, snarling, slobbering, enraged animal would burst into a quiet afternoon tea.

You suddenly realized what it meant and you panicked: that sinking feeling of disorientation, of not knowing where to go or what to do, and of being utterly alone. You asked if it could be some other way, but it could not. You had to become the victim of human self hate so that we could find a way out of that pit of self loathing to the love of the Father.

Grant me the grace to recognize my own self hate and my own sins among those that killed you and to accept the love of the Father so that I can follow you through death into the Kingdom. 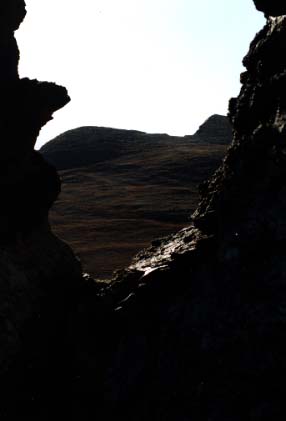